Fishing with the Family

Fun on the water at Toledo Bend Lake 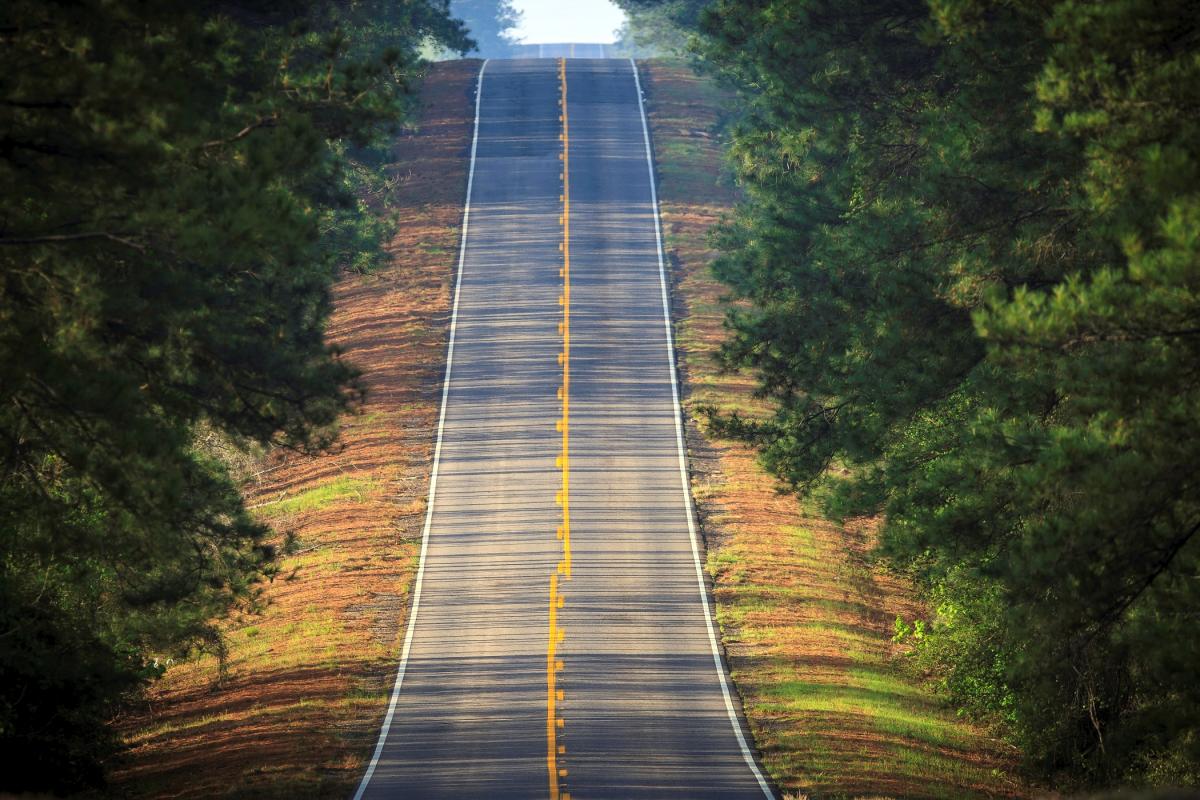 The hum of the tires had lulled everybody else to sleep, but as I drew nearer to our destination in Western Louisiana, the back-and-forth of the curvy two-lane road caused my family to stir.

My wife, Melissa, was the first to wake, looking quietly out the window at the piney woods upland rolling past.

"This looks like Toledo Bend Lake Country," she said. "Are we almost there?"

This prompted a drowsy but eager chorus from the back as the kids came to life.

I laughed to myself. The kids weren't exactly excited when we set out on this fishing trip. Our 10-year-old scientist, Irene, thought fishing might be an interesting study, but was concerned it would be boring. Keenan, our 12-year-old, has been all about adventure and active sports lately, and Noah, 8, thought using worms for bait was "disgusting." To be fair, they'd never gone fishing before, and Melissa and I didn't tell them about the exhilarating inner tubing to come.

Nevertheless, fishing and water play is not to be missed here at Toledo Bend Reservoir, 186,000 watery acres of fishing heaven on the Louisiana/Texas border.

With some surprises up my sleeve, I had an inkling they'd change their minds about fishing by the time our trip was over.

Upon arrival at our rented cabin at North Toledo Bend State Park, I backed the boat trailer into place. Melissa wasted no time sparking up a conversation with neighbors from the cabin next door, and Keenan and Irene explored the grounds. 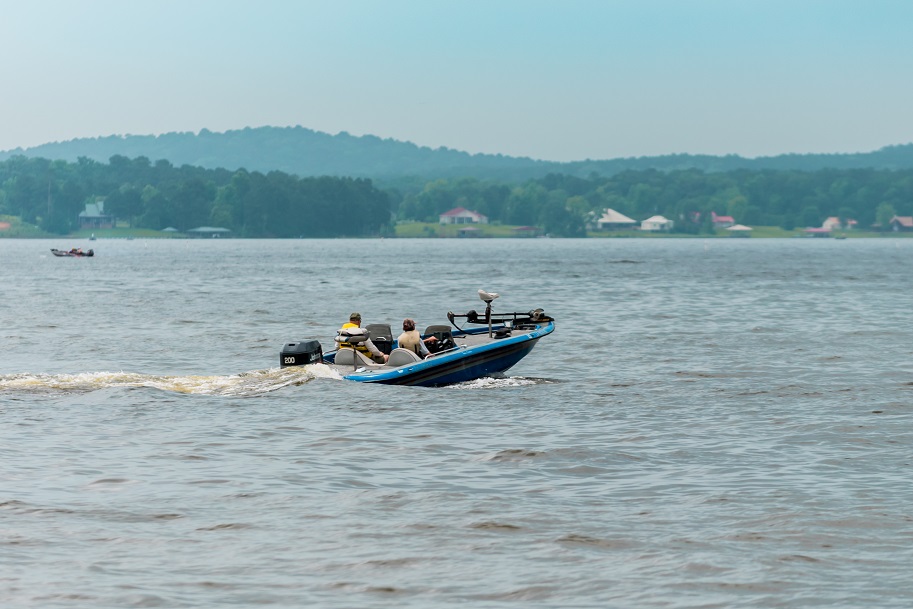 "Come on. You won't have to touch any worms this time. Do you want to help Mom, Keenan and Irene make supper, or would you rather enjoy some fresh air and see the fish?" I asked in my most convincing dad voice.

At the waterline I pulled out a bright yellow lure with a short silicone skirt and a propeller-like attachment. "This is a buzzbait, Noah. It makes bass crazy."

I attached it to my fishing line, cast the lure out and retrieved it along the surface, the rotors churning the water with an audible buzzing noise.

Two or three casts later he was tossing and retrieving the lure like a pro - the lure leading a long, rippling V through the water with an enticing whir that bass seem to equate to the sound of an insect's wings.

"I've got a job for you," I whispered nudging Keenan from sleep before everyone else woke the next morning.

The sun was beaming through the Louisiana woods, the water mist-covered and still. Somewhere a mourning dove called. I knew it would be a good day.

Keenan's grogginess transformed into pure excitement when I pulled out the new inner tube and air pump that I'd covertly tucked under the cover of the boat.

"Think you can inflate this?"

After blowing up the new toy, Keenan helped me prep the boat, and before long the whole family was up, at ‘em and on the water. We spent the duration of the morning taking turns whipping across the surface of the lake on the inner tube, with some intermittent splashing around and swimming.

A little after noon, we dried off for lunch and switched gears. It was time to meet the fish. Melissa was enjoying piloting, so I pointed out the islands and she aimed the bow.

We watched the lake as we zipped across it - the wind whipping in our hair as we bounced across vast, rippling acres reflecting the green of wooded shorelines and the blue of a brightening sky overhead. In sheltered inlets we spotted little campsites with smoky campfires; other fishermen drawn by the lake's reputation as a bass honey hole.

We made it to our destination quietly with the electric trolling motor. Coasting softly around a point, we spotted a white tail deer drinking in the shallows. It snorted and bounded into the thick understory.

"Check this out," I told her, turning on my new side-scan sonar. The screen flickered to life.

"It uses sound waves to paint us a picture of what's below the surface of the water." I pointed out a wavy line, and some wiggling images. "See, there's the bottom, a couple of stumps right there, and next to the stumps…."

In a flash we had lines in the water. I was using a spinner, Noah was whirring his buzzbait past every log and stump in sight, Irene and Keenan pointed out targets and Melissa kept us on the fish with the trolling motor.

The morning was a success. We brought several fish aboard to be admired and returned to the water in true catch-and-release style. This pleased everyone until Noah, of all people, hooked into a true lunker and - with some help - boated it, all green and shiny with lake water.

"I'm keeping this one, Dad," he insisted, his jaw stuck out firmly.

"I have a special plan for this big fish," I laughed, as we put it carefully in the live well. 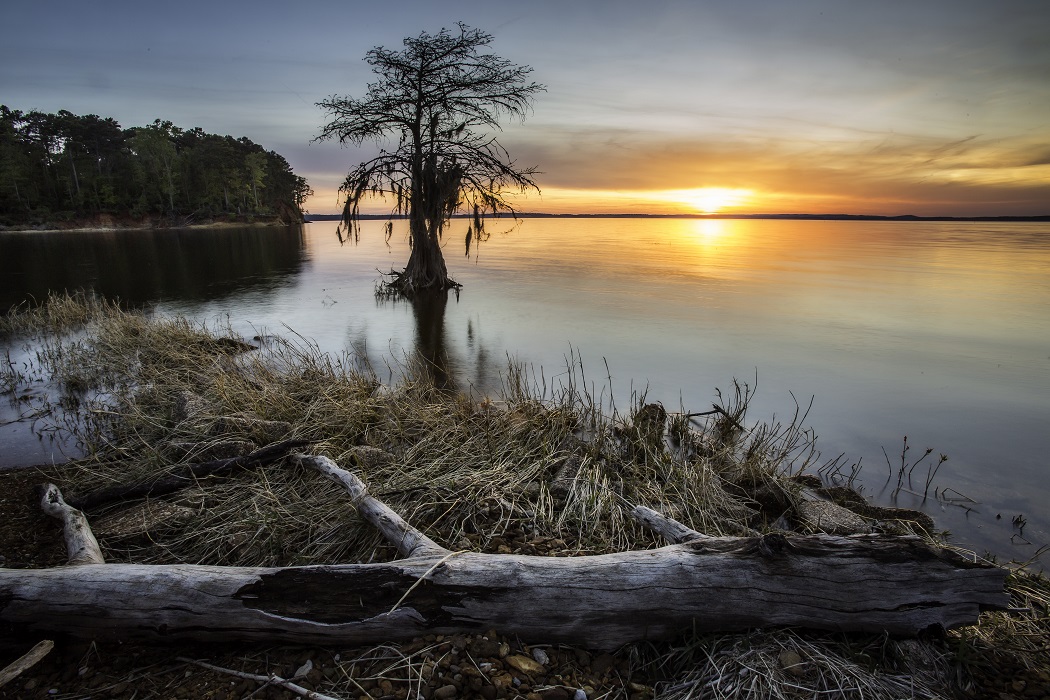 We fished the rest of the day, and on the way home stopped by Buckeye Landing Marina, where Noah was thrilled to find his big fish weighed 10 pounds, 2 ounces and was eligible for the Toledo Bend Lunker Bass Program, which has logged as many as 139 bass over 10 pounds in a single year.

As the sun dropped blazing red into the Texas woods to the west, we posed for pictures with the wiggly fish, and explained to Noah that he'd get an official replica of it, but he'd have to let them tag the fish and release it.

"Then somebody else can have the fun of catching it later," Melissa told him.

"And it can have lots of babies," Irene coaxed.

"And get even bigger," Keenan added.

Noah thought about it.

"Then this fish is named Finny," he said. "See you later, Finny. Next year you better watch out for my buzzbait, 'cause we're definitely coming back to see you again."

Learn more about the high-quality fun at the #1 bass fishing lake - Toledo Bend.